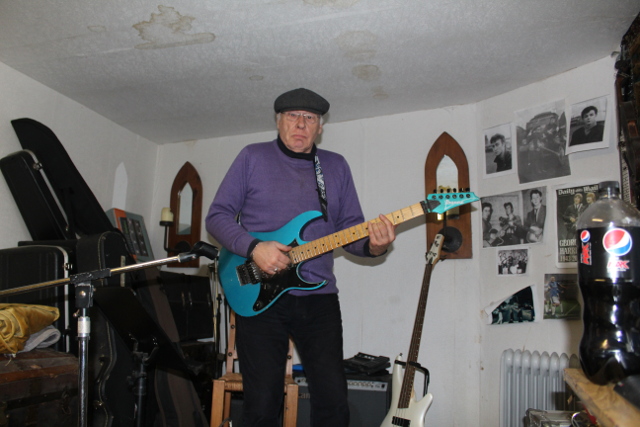 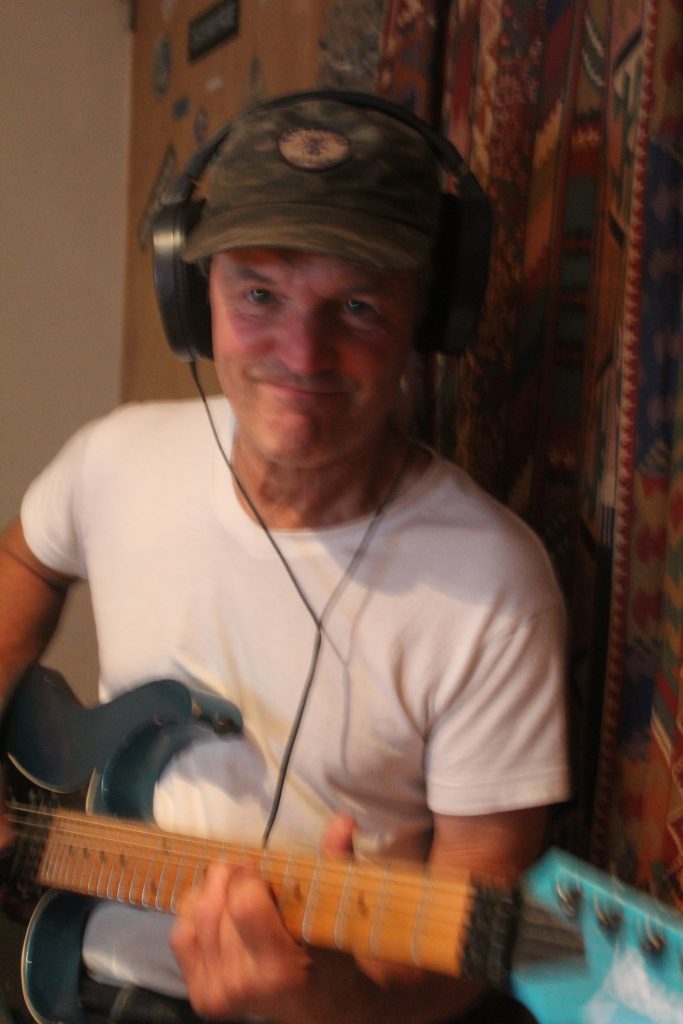 Max Wilson’s Fender Telecaster has a little secret. 10 years ago Max had it modified by changing it’s original pick-up’s for two of the famous BRITISH pick-ups made by Seymour Duncan ! The resulting effect is a very hot instrument to play. No wonder Rick Whitehouse enjoys playing it, not to mention Ali Strong and Max. On this recording though it’s Max on the Tele through a Line 6 Pod. The number is entitled “Lovin Every Time”. Enjoy!! 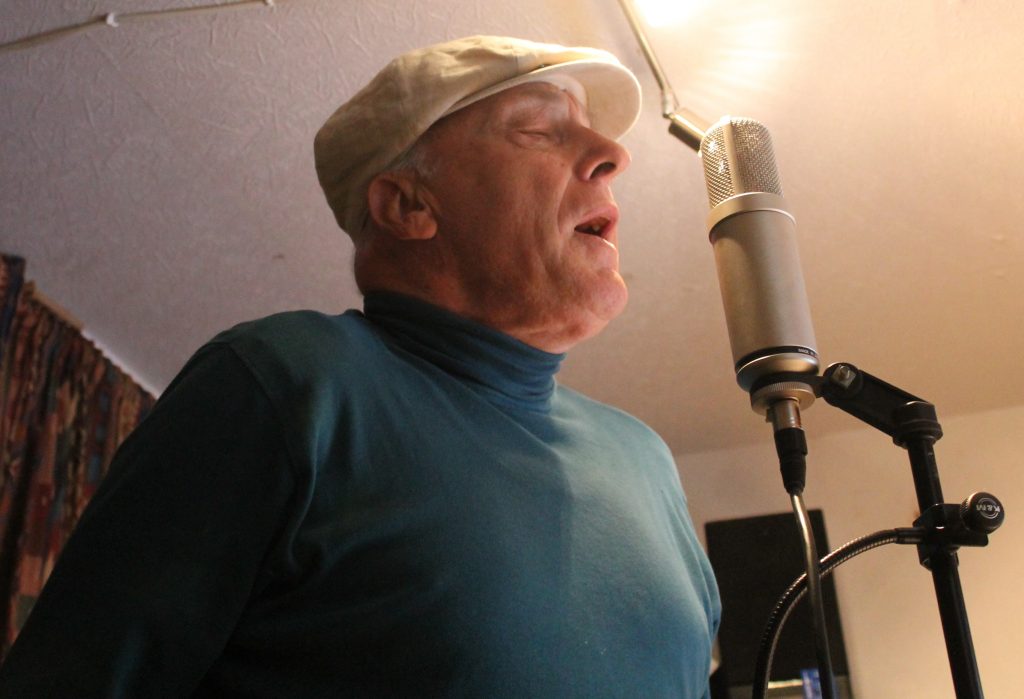 Once Max got started writing songs in the early 1960’s he couldn’t stop. He always went back to it and in the early 1970’s had a tie up with a music publisher named Sleeping Giant Music. So he’s the sort that once starts, won’t give up. And so are his band mates Richard Whitehouse, who has been playing for years, and the younger band member Alistair Strong, who has had lots of musical activities already and still has. “Once I’ve started, I can’t stop then”   Rock on!!

Some folks may remember The Coasters- with all their hits like “Yakety Yak”, “Searchin”, “Little Egypt” and many many more in the early 1960’s. Well now if you haven’t heard of them- you can go on line these days and discover such treasure troves of entertainment free!. Well now, the two guys that wrote all their wonderful HUMOROUS songs were Gerry Lieber and Fred Stoller . These two went on to write 70 odd hits for various people including Elvis. They wrote “Kansas City”, “Hound Dog”, co wrote “Stand By Me”, and many, many, more. There was a lot of humour in these songs. And perhaps you will agree with us that this is often missing these days.

Well here’s a humorous song from The Rolling Apps’s Max Wilson – ALL MY OTHER LOVERS!

Buenos dias muchacho! You como latina musica? Si? Us too amigo. Here`s a song by MAX WILSON with a “grab you” Latin rhythm entitled “The Cost Of Loving”.  It has a wonderful rhythm backing from ALI STRONG and dream lead guitar from the three fingered fretboard maestro RICK WHITEHOUSE.

Max Wilson has always “bowed down” to many great songwriters. In his early band years it was to Chuck Berry,Eddy Cochrane, Buddy Holly and Carl Perkins. Then as the sixties progressed it was to Lennon-McCartney, Johnny Cash, Jagger-Richards, Holland- Dozie-Holland, Carole King and into the seventies, he bowed to Anderson-Ulvaeus, John Fogerty, Burt Bacharach, Christine McVie,and Jeff Lynne.

So we probably all have songsters we Bow Down to!

Here are Max’s feelings upon the subject! 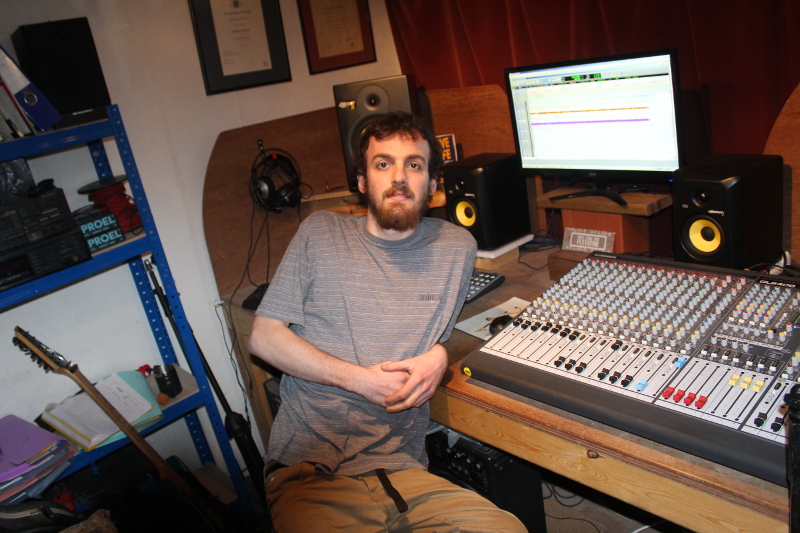 Ali Strong sporting a magnificent new beard at work at Rock-on-Wye Studio’s.  He’s just recorded three new Max Wilson songs with Max. And here is the young rocker himself cradling his Gordon Smith. The GS is the British Gibson, originally from Manchester but now at Higham Ferrers, Northants. You’ll hear it being used on the new album “Urban Bourbon”. 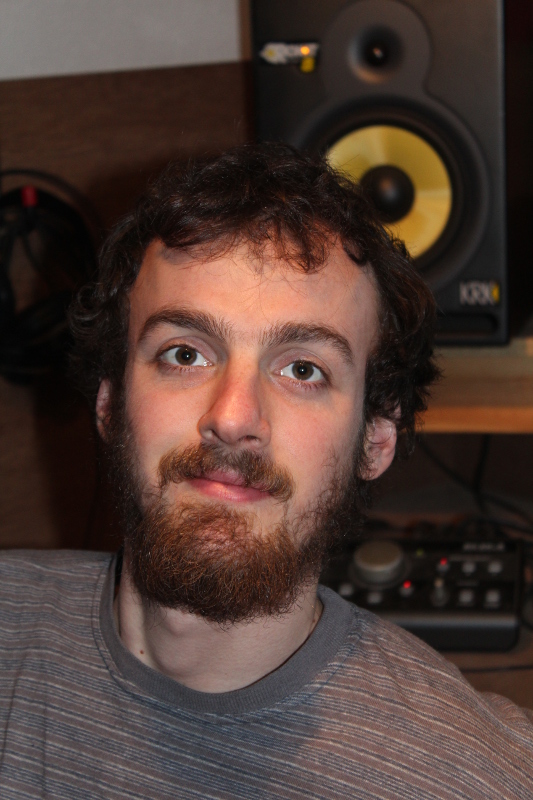 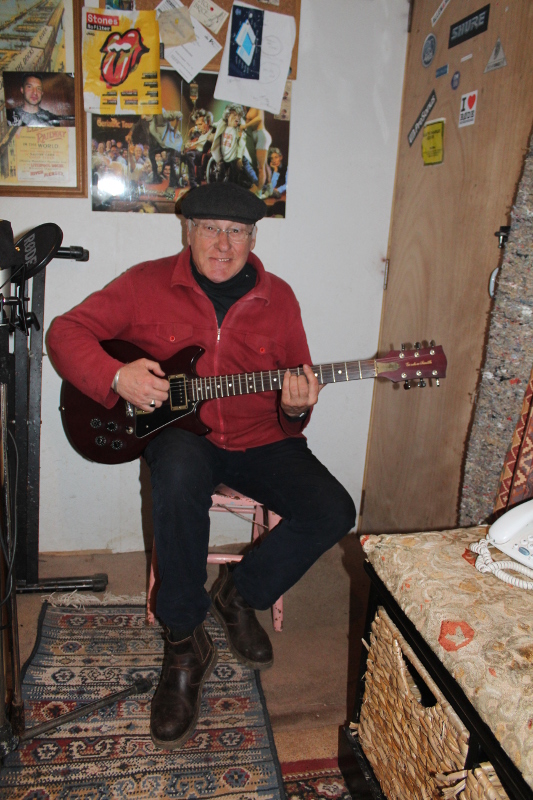 Here folks is the unmistakable evidence that Richard Whitehouse is a brilliant guitar player. Just listen to his playing on this new Max Wilson song “Holes In The Road”. Rhythm section of course supplied by the other band member Ali Strong B.A.

Max Wilson has dug into his Blues portfolio for this one, which was written in 2009.

But a good song last for always doesn’t it?

Fallen On My Feet